Domestic Violence on the Increase Amidst COVID-19

The number of reported cases of domestic violence among women and children is becoming increasingly worrisome in this period of the pandemic, the dangers of ignoring the rising figures of cases of violence in Rivers state may be the cause for the increasing figures.

During the lockdown period in the country and the state, the trend of domestic violence and rape cases on minors have been on the increase, leaving one to wonder what could be the cause.

According to statistics by the International Federation of Female Lawyers, two to four cases of domestic violence and rape are mentioned for hearing in various courts across the twenty-three local government areas of the Rivers state.

In an interview with Some gender-based activists in Port Harcourt, they also confirmed the increase of the violence against women and children attributing it also to one of the negative effects of the COVID-19 pandemic.

They, however, advised parents and guardians to be vigilant as the predators are on the loose as children are at home.

According to reports, during the lockdown period, 10 rape cases on minors were recorded in Port Harcourt axis alone, with statistics showing many battered women.

If government on their part set up legislation to speedily bring perpetrators to book, it will help in checking the increase during the pandemic and after.

The Sad Ordeal of a Money Waster

Oyo Govt Restates Commitment to Wellbeing of Mothers and Child 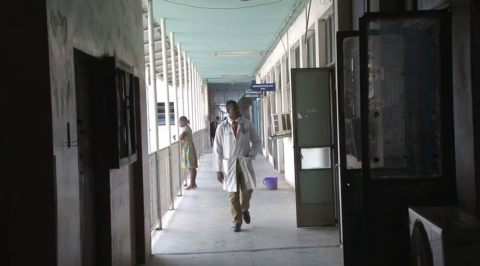 COVID-19: Panic in UCH as Doctors, Nurses Battle Upsurge in Number of Cases