The Economic and Financial Crimes Commission, EFCC, Ilorin zonal office has presented a cheque of N263,327,800m to Governor AbdulRahman AbdulRazaq of Kwara State as part of the state looted money recovered from alleged corrupt officers in the state.

The money, according to the zonal coordinator of the anti-graft agency, Mr. Isyaku sharu said “the money was from suspected Kwara state treasuries looters.

Zonal Coordinator, Ilorin EFCC Receiving the cheque,  AbdulRazaq said the over N111m earlier recovered and released to the state formed the seed money for the social security program now underway for the benefits of the poorest of the poor in Kwara. 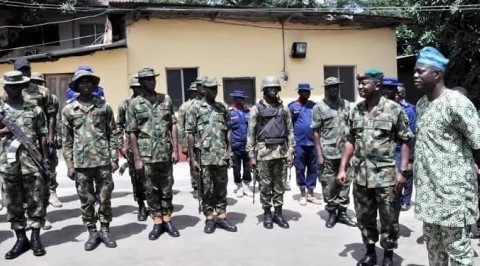