Oyo state government has solicited the support and cooperation of media organizations in the state and beyond towards the rapid socio-economic and political development of the state.

The commissioner for information, culture and tourism in the state, Dr Wasiu Olatubosun who made the appeal during a courtesy visit to galaxy television, Oke are in Ibadan lauded the management of the station for their resilience and commitment to the growth of democracy in Nigeria.

Correspondent Kunle Ojo reports That The Commissioner Who Was Accompanied By Top Officials Of The Ministry Promised That The Administration Of Engr. Seyi Makinde Would Give Opportunity To Media Organizations In The State To Operate Without Any Form Of Inhibition While He Also Solicited Their Support For The Success Of The Administration.

Responding, The General, Manager Of The Station, Kolawole Akintoba Conveyed The Warm Regard Of The Management Of The Station To The New Administration And Promised That Galaxy Television Would Not Depart From Promoting The Course Of Democracy In The State And Nigeria At Large.

He also assured the team of the determination of the management of supporting the administration towards ensuring good governance for the people of the state. 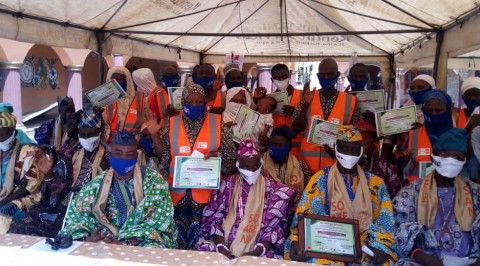